Flood of Stardom in Andhra Politics : Does Stardom Matter?

Many Chiranjeevi fans were predicting that Nagarjuna will officially promote and back Chiranjeevi's party, given the fact that both are very close and have business relationships. This looks like a shock to many.

With flood of Movie Stars joining Politics, does stardom matter?

TDP got Nandamuri family actors. Praja Rajyam got Chiranjeevi's family of film actors. Congress breaks away family ties and got Nagarjuna and Mahesh babu, the two actors that are much more popular and loved by lot more people than both (above) families together. And Jayasudha and Raja Sekhar too. That may definitely gives Congress one notch up, the film stars tally. 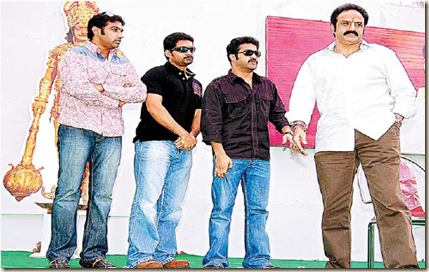 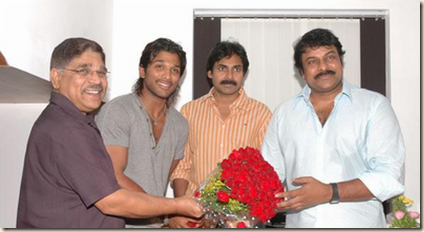 Stardom will matter in Andhra Pradesh to the extent of getting momentum for political party and drawing crowds.

But eventually, due to so many film stars entering each political party, the effect of stardom on a single political party will be nullified. Particularly the impact of Chiranjeevi as movie star may be partially get neutralized. It may be a bad sign for Chiranjeevi, but may not work for TDP either.

That means, Will congress win again? Oh! my God!

Veeru said…
Chiranjeevi will have greater impact than others, as other movie stars are not directly joining politics, but will join the campaign. But Chiranjeevi has prospects of becoming the next CM of Andhra Pradesh.
November 8, 2008 at 5:04 AM

karthik said…
this tdp will win in this election chandrababu will become chief minister because of junior ntr thanks
March 17, 2009 at 2:19 AM